Penguin from Budapest Zoo “arrested” on main road at night

This is a good picture which caught my eye of a police officer in Budapest, Hungary, “arresting” a lonely penguin who was minding his own business marching down the centre of a main highway having escaped from his prison, namely Budapest Zoo. It tickles me a little bit because zoos are prisons in a way and he wanted to get out. Can you blame him? 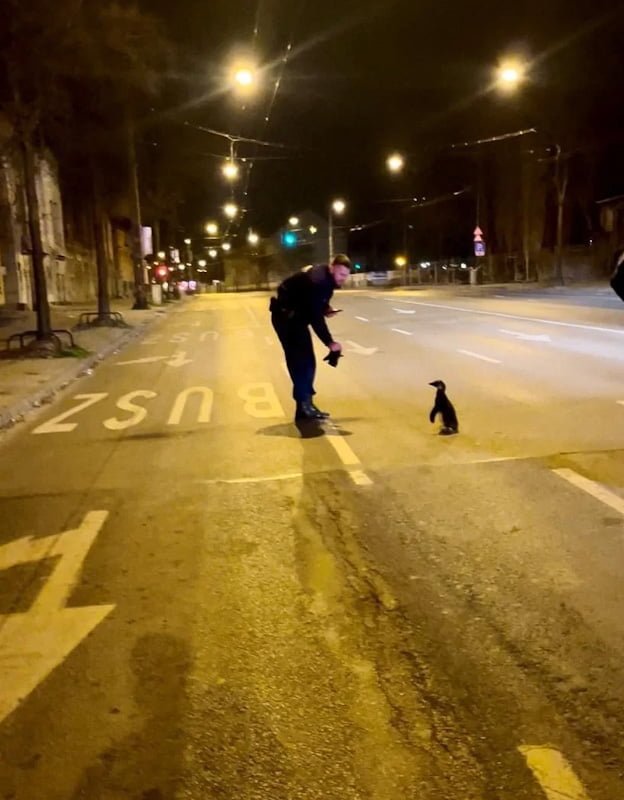 The penguin was spotted by a cruising patrol van. They said: “Our colleagues came across an unusual escaper and nabbed it on one of the busy streets in the capital”.

RELATED: How do zoo animals feel about visitors?

They wrapped the penguin in a blanket and then posed with it for some selfie photographs. It looks like the police, as is the case for most other people, have one eye on social media nowadays when they go about their work. If they think that what they are doing might make an interesting photograph to promote their work on Facebook they will take one.

Nowadays we all have to document our day-to-day lives and upload the record to social media in the hope that someone will be interested. I am interested. My thanks to the Hungarian police in Budapest.

An interesting aspect of penguin behaviour is that they have no fear of humans. The penguin is an aquatic flightless bird. Most birds are frightened of people and steer clear of humans but as you can see in the photograph this little fella is quite happy to have a conversation with a police officer in the middle of the road.

It is said that the reason why they have no fear of people is because penguins have no land predators in Antarctica or the nearby islands. They are preyed upon by other birds especially their eggs and as fledglings. Petrels and gulls, for example, eat penguin chicks. And dogs when were allowed in Antarctica, they attacked penguins. But people are seen as non-hostile by penguins. They’ve never learned otherwise.

I find it hard to understand why penguins don’t fear people because early explorers, sealers and whalers turned to penguin colonies as a source of fresh meat and eggs. I’m told that legally you can’t eat penguins in most countries because of the Antarctic Treaty of 1959. But as mentioned explorers did eat them. Perhaps they have forgotten. Normally it seems to me a species develops a collective memory which is inherited to avoid certain predators and in the past people were predators of certain colonies of penguins.

In tears, a Ukrainian man hands over his dog to a Polish rescue so he can fight the Russians 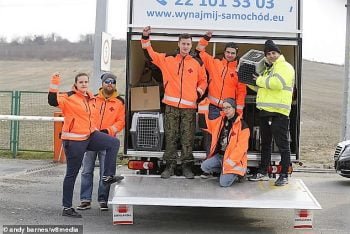 NEWS AND VIEWS - Przemyśl, Poland: We don't have the name of the man who decided, in tears, to hand ...
Read More
Hypocritical bird catcher/seller frees croc stuck in a tyre for 6 years

Jacqui and Colin Fearon were asleep on their boat which was moored in Farndon Marina, Nottinghamshire. It was the early ...
Read More
Powered by

previousCrufts 2022: Russian participants have been banned
nextVideo: ‘me kicking my cat out of my room at 3am’