Dogfishing – an example and a warning

Dogfishing is a new word for the new age. It refers to the practice of enticing a person, usually online, to buy a puppy which is sick and is therefore not the dog that the person thinks he/she is. It is basically a con. And it is happening a lot. Often the source of the puppies are puppy farms in Eastern Europe. These unscrupulous people are exploiting the emotions of people who are keen to have a puppy.

This is an example of dogfishing. Natalia Krystyna wanted to buy a puppy for her husband during lockdown. Lockdown was and is a time when people wanted to buy puppies because they have more time to train them and get used to living with a new dog. Therefore there has been a surge in purchasing pedigree puppies and regrettably a surge in those adoptions going wrong.

She saw the puppy on a reputable website, Pets4Homes. She visited the breeder which is always advisable. The puppy licked her face and she was sold. She bought the puppy there and then. However, she made a mistake. She accepted the puppy without getting vaccination and pedigree certificates. The listing online said that she would be given these documents.

Within six days her black pug, named Charlotte, was dead and Natalia had spent £6,000 in veterinary bills, suffered endless amounts of anxiety, all to no avail. Charlotte was suffering from a contagious disease called parvovirus when she was bought. I’m told that it mainly affects dogs less than six months old imported from eastern and central Europe. The symptoms are dehydration, diarrhoea and severe vomiting.

Adding in the £1,750 cost of Charlotte and she spent £7,750 in all for a pile of anxiety and distress for her and suffering for Charlotte. She contacted the breeder who offered a partial refund but then, as is typical, stopped returning her calls. His page on the website has disappeared.

Unscrupulous breeders and puppy mill owners have jumped on the opportunities presented to them during the pandemic lockdown in the UK. Not only are they selling sick puppies to eager adopters they are also inflating their prices. For example, French Bulldog puppies are being sold for up to £4000 on the Pets4Homes website.

The chief executive of the Dogs Trust, Owen Sharp, said that the charity had seen a considerable rise in dogfishing over the lockdown. He said that people are being duped into buying puppies from unreliable sources.

The next time round, Natalia did the right thing. And there is a happy ending. But let’s remember Charlotte. I feel bad about Charlotte. May she rest in peace after her very short life caused by an unscrupulous person.

The happy ending is that Natalia went to the Kennel Club website and purchased an albino pug for £3,500. She has called him Mr Pink. She thinks that he is an “absolute gem”. Her new dog pulled her through some difficult days.

The website Pets4Homes said that they are committed to helping end puppy farming and that the vast majority of people who adopt from their website are satisfied. They ask people to alert them to any dubious trading.

There has to be a postscript to this story. In a better world, people would not buy puppies at all. They will go to an animal shelter and adopt an unwanted dog and provide them with a happy home. Battersea Dogs & Cats Home have seen an increase in abandoned dogs over the lockdown period. These are failed adoptions. It is always the animal who suffers the most.

Thinking of Charlotte. She was probably born at a puppy farm in Eastern Europe. These are despicable places where animal welfare is trampled on. Her whole life would have been miserable. We must remember her. She is at the centre of the story.

P.P.S. Natalia Krystyna is a fitness guru and has a large presence online. 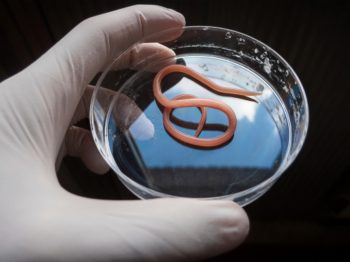 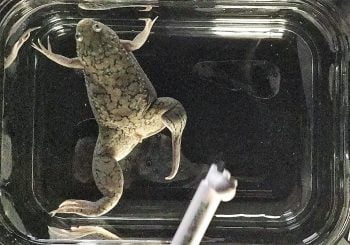