When were stirrups first used to ride horses?

I am going to rely on Dr. Desmond Morris, my favourite source of information with respect to the relationship between animals and people, to answer the question. In his book Horse Watching he comes to the conclusion that the earliest stirrup was “a looped rope through which horsemen pushed a big toe as an aid in mounting”. It appeared in 200 BC. It was called a toe stirrup and it was invented in ancient India. A well-researched article on the internet concluded that the first recorded use of the stirrup is from China in AD 302 (mounting stirrup). They author says that horses were first ridden in 1600 BC. Therefore, it took around 2,000 years to think of the stirrup 😎. 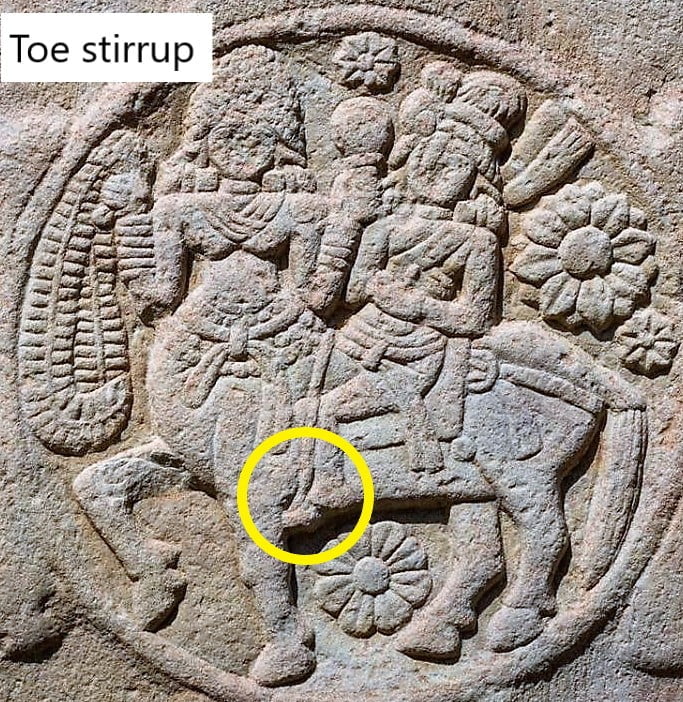 He said that it is to this civilisation that “we apparently owe this simple but momentous invention”.

And of course, it was found that this new-fangled idea provided riders with better balance and stability. It made it possible for mounted warriors to use both hands at once for their weapons when fighting.

Previously, if a warrior was riding a horse and throwing a spear or javelin, they had to grip the horse with their thighs and hang onto the horse’s mane with their non-throwing hand. The stirrups freed them up to be more effective.

Armed with this advantage the Mongolian hordes under Attila the Hun went westward “slaying victims from the vantage point of their nimble horses”.

Some historians consider the stirrup to be “the most significant development of warfare between the taming of the horse and the invention of gunpowder”. The stirrup came into use across Europe by the eighth century A.D. The saddle was also improved which provided the rider with greater security. It allowed them to wear heavy suits of protective armour in relative safety.

The origin of the stirrup being a loop of rope for mounting a horse is supported by the name itself. The word “stirrup” originates in ancient words “stige” and “rap” which literally mean “mount-rope” or “climb-rope”.

The toe stirrup is still used today in southern India where jockeys use it on racetracks. It is a well-established tradition in that part of the world.

Dr. Desmond Morris also states that Russian experts believe that it was the Scythians who invented the stirrups. They lived to the north of the Greeks and were great horsemen. This discovery is based on the fact that artefacts seem to show horses with stirrups. The problem with the theory, according to Dr. Desmond Morris, is that Alexander the Great did not use stirrups and he obtained horses from the Scythians. He has therefore rejected the theory.

None of the horsemen of ancient Greece or Rome ever used stirrups. They went to battle on horseback gripping their horse with their thighs. Neither Alexander the Great nor Julius Caesar had the advantage of stirrups. As they had no stirrups Roman horsemen had to be very fit and expert to stay on their horse during battle. A lack of stirrups restricted, as mentioned, their ability to fight. 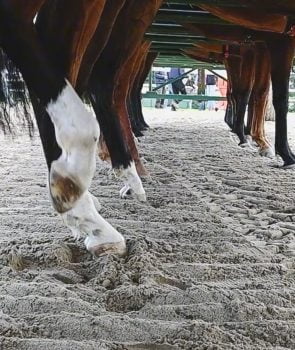 What motivates a horse to run in a race? It's unnatural for a racing horse to race. That sounds peculiar ...
Read More
Social media is fuelling the cruel, illegal trade in donkey skins

NEWS AND COMMENT: I'm afraid to say that the Chinese are again complicit in animal cruelty and the abuse of ...
Read More
Ted Walsh called a horse that refused a jump a “dirty rotten cowardly so and so” 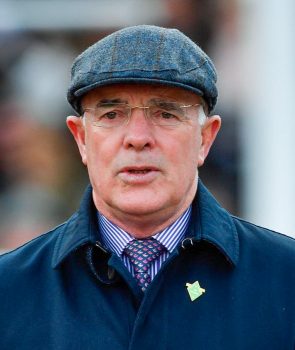 NEWS AND COMMMENT, IRELAND: There is an interesting video on Twitter of a horse race at Punchestown on Saturday last ...
Read More
Powered by