↓
Home→Conservation→Somali elephant shrew is not extinct

A rather cute, mouse-like creature with a long, flexible snout, which can propel itself to speeds of 20 mph with its tiny legs and which is called the Somali elephant shrew is not extinct because they have been seen at last. It is a great surprise to the experts who had thought that they were extinct as they had not been seen since 1968. 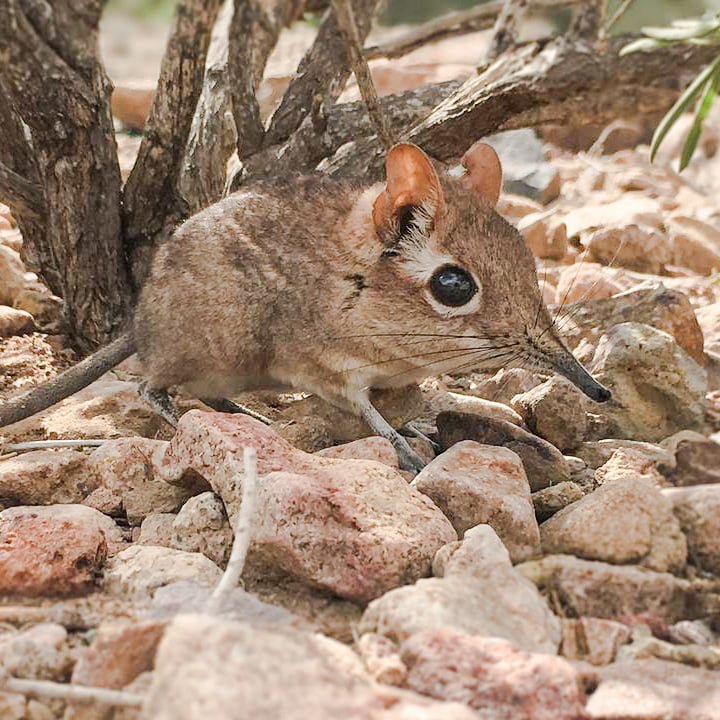 Somali elephant shrew. Photo (cleaned up) in the public domain.

The researchers went looking for the Somali elephant shrew which is also known as Somali sengis. Remarkably they set 1,250 traps inside which was peanut butter, oatmeal and yeast extract, a delicious combination, in areas where they were thought to live judging by photographs provided by local people.

The scientists found 12 shrews which appear to be thriving in a region that has not been altered by agriculture. One of the team, Galen Rathbun, who has sadly just died, had studied the animals for decades. He couldn’t believe it when he opened his first trap and saw the animal inside.

A colleague, Stephen Heritage, of the Duke University Lemur Centre was there when he saw the shrew. Mr Heritage said:

When he opened the first trap and [saw] the tufted tail of the animal, he looked at me and said, “I can’t believe it”.

The Somali elephant shrew will be removed from the Global Wildlife Conservation’s 25 most wanted lost species list. The diminutive mammal eats insects and was found in Djibouti.

Note: sometimes videos disappear and I can’t control it. If it has happened I am sorry.

Comment: I don’t want to spoil the show but having found 12 shrews it does not establish that this incredibly endangered species of animal will not become extinct in the not too distant future. Can 12 shrews of one species sustain themselves through breeding? What is the minimum population size for self-sutained survival? What are the plans for the area in terms of agricultural development? I would have thought they would need an incredible amount of protection, conservation and intervention by local government to ensure that they thrive into the future. Or perhaps there are more.