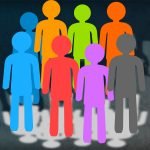 A teacher in Germany, Verena Brunschweiger, has vowed to never have a son or daughter in order to save the planet (and, for me, to thereby protect animals). She argues that it’s time to break free of conventional thinking and decide positively whether a mother should have babies or not.

The lady is a teacher and she’s been criticised for making this deliberate decision. Some parents have approached her headmistress with concerns about a book that she has written and which has been publicised on German media.

Her book is called Kinderfrei statt Kinderloss (Child-Free Rather Than Childless). She wants mothers who make a deliberate choice not to have children to be distinguished from those who are unable to have children. At the moment they are balled together and she feels unhappy about it.

She loves her pupils. She is not thinking about existing pupils but the ones who are to come. She’s been swayed by information which tells us that the equivalent of about 58 tonnes of carbon dioxide is added to the atmosphere by a person over their lifetime. This is far more than can be offset by cutting out selling your car or air travel.

She is not advocating stopping having children but limiting the number. She wants Germany’s population down from 83 million to nearer 38 million. She wants a reward to be given to mothers who have only one child or no children. That reward would be US$80,000 at the age of 50, given for ‘services to the planet’.

Why am I writing about this when the site is about animals? Well of course climate change, although controversial, deeply affects conservation of wild animals including the wild cat species about which I’m very interested.

In any case climate change affects domestic cats. I only have to refer to the Camp Fire in California to bring to mind the devastation the fire caused for families and their companion animals. There are many videos on the Internet concerning companion animals who have been left behind in the fire. Some survived and some didn’t. The fire was arguably exacerbated by climate change.

I think it is very welcome to discuss human population numbers at this juncture in the history of the planet. Putting aside for a moment carbon dioxide emissions and climate change, the ever-increasing economic activity of humans on continents such as Africa is having an enormous impact upon wild animal species on that continent. The impact is always negative as wildlife is gradually pushed out. Habitat is destroyed by mining et cetera. Farming is expanded and iconic wild animals killed because they get in the way of farmers’ livelihoods.

China has recently moved into Africa in a very big way and this can only lead to more poaching, more habitat destruction, more pressure on wildlife to survive in an increasingly human environment which inevitably leads to the destruction of the environment in order to boost commercial activity to the detriment of wild animals.

We need to think non-pc and discuss babies and how and why we should limit their numbers. It is a taboo subject. With increased interest in the environment we should be more open to discussions of this sort.