NEWS AND COMMENT-OSTLER’S PLANTATION, UK: A 40-year-old woman and a 54-year-old man (unnamed by the police) have been arrested on suspicion of being in charge of a dog that was out of control. The police have also not disclosed the breed of dog involved. They were out enjoying a pleasant walk with their dog in Ostler’s Plantation, which is a beautiful wooded area near Woodhall spa, Lincolnshire. The time was 11:13 PM on Sunday last. All was well with the world.

Update the next day: I am fortunate enough to be able to read The Times who have reported that the two people arrested have been released under investigation. The dog is a husky. The couple were held overnight and then released. The girl was attacked in the car park area of the plantation. She died at the scene. The dog is being held in isolation in kennels. A white Sprinter van and quad bike have been seized in connection with the incident. I have received a response from Forestry England on their rules regarding dogs on leashes. This is their response:

“Forestry England’s policy is that dogs should be always under control. We have worked with the Kennel club to improve communication with dog owners visiting our sites but unfortunately not all dog owners are responsible and sometimes dogs can be unpredictable. However, it is not mandatory that dogs are to be kept on leads.”

The dog must have been off the lead. I have asked the administrators of Ostler’s plantation whether there are rules regarding dog walkers. The website does not specify any rules but says that dogs are welcome. I suspect there are no rules. They would hope people apply common sense. It seems that dog walkers put their dogs on leads when they encounter others in order to protect other people.

The couple remain in custody and are being questioned. Their dog attacked and mauled to death a three-month-old girl. We don’t have any more details but the outline of the story begs a lot of questions. We don’t have details about the parents of the baby and what they did to try and protect their baby.

Chief Superintendent Andy Cox of Lincolnshire police said that his officers were devastated and that it was an exceptionally sad incident that will impact the local community.

They asked people not to speculate what happened from social media reports. And they will do everything that they can to establish what happened. The police refused to provide any more details.

An air ambulance and an ambulance car were sent to the scene after receiving a report. The plantation is known for walking trails and is a popular spot for families at the weekend. It is run by Forestry England.

A couple who were interviewed said that the event was horrific. They said that they always walk their dogs down there but everyone is usually really cautious. They said that “Dogs are on leads, or if they are not owners put them on a lead when they see you coming.”

Dogs dangerously out of control (all dogs)

This law applies to all dogs are not specified breeds. Under section 3 (1) of the Dangerous Dogs Act 1991 As Amended by the Anti-Social Behaviour, Crime and Policing Act 2014, if any dog is dangerously out of control in any place, including all private property, the owner, or person for the time being in charge of the dog, is guilty of a summary offence. The offence becomes an aggravated offence which can be tried in the Crown Court if the dog injures any person or an assistance dog while out of control.

It is a defence for the dog’s owner to state that the person was in charge of the dog and that he or she “reasonably believed [themselves] to be a fit and proper person to be in charge of it”. Comment: this defence seems implausible because how can you be in charge of a dog if it kills a child or injured somebody else? The crime speaks for itself.

Why was a dog walker killed by her eight dogs?

The news media today reports on a woman who was mauled to death by eight dogs that she was walking ...
Read More 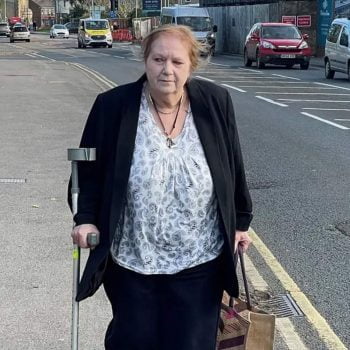 NEWS AND OPINION: A Crufts-winning dog breeder faces a possible jail sentence after her Belgian Shepherd mauled a visitor to ...
Read More

A cool if disturbing video. It shows once again the protective nature of the domestic dog towards other pack animals ...
Read More

Mother protects her daughter by stabbing her 2 pit bulls, one of them to death

PICO RIVERA, NEAR LOS ANGELES, California, USA: This is the first time that I have heard of a mother stabbing ...
Read More
Powered by

Tags:animal lawanimal lawsdog attacknews
previousVideo: labradoodle rescued from growler on frozen Detroit River
nextReport that dog ear cropping increased by 621% over the last six years to 2020 in the UK