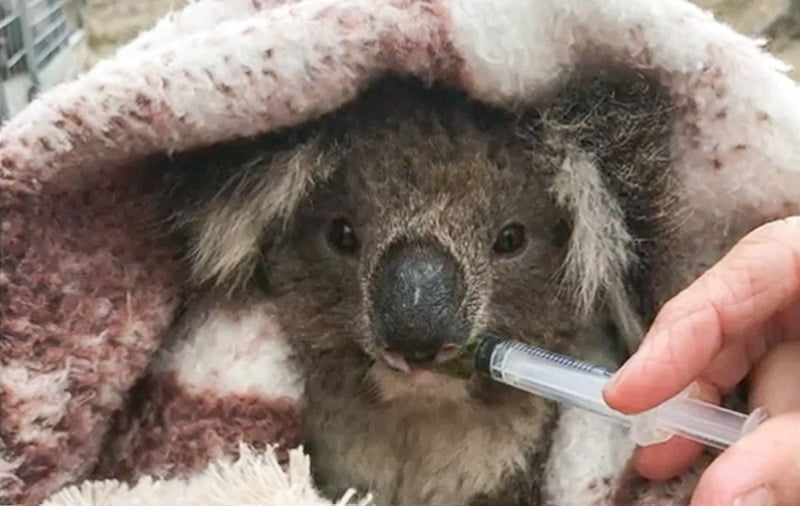 There appears to be a shocking failure in the conservation of the koala in Australia which has been highlighted by a catastrophe in Cape Bridgewater, Victoria. Am I missing something? Am I getting a clear and correct message from the Internet? The Australians profess to be very concerned about their native species. The signal coming out of Australia is that they do all they can to protect and preserve native animals. It includes destroying any non-native species as fast as they can in order to protect the native animals. It’s brutal but they think it’s necessary. The feral cat is killed willy-nilly at any opportunity to meet this objective.

And yet, I’m told that the koala is going to be extinct in New South Wales by 2050 according to conservationist Dr. Stuart Blanch. And the reason? Shrinking habitat due to human activity. Deforestation and fragmentation of their distribution. Eastern Australia is named as one of the 11 global deforestation fronts. Shockingly, Australia is the only developed country on the list. You would expect better from Australians. But they do engage in high quality speciesism.

It seems that the Australians are favouring small mammals that live on the ground and ignoring the koala which for me, is synonymous with Australia. The koalas in Eastern Australia are declining at a rate of 21% every 10 years. An awful statistic if it is to be believed. The number comes from the World Wildlife Fund’s Living Planet Report 2018.

Koalas are declining at a rate faster than global wildlife populations are falling which is at 60% since 1970. So why am I moaning about the failure of Australian conservation of the koala?

You may have heard the equally shocking story emanating from Cape Bridgewater, Victoria, Australia in which koalas have been massacred. I think the word “massacre” is the correct one.

It’s reported that at least 70 koalas have died after their habitat at Cape Bridgewater was logged i.e. cut down near Portland in February last year. There is a major investigation by the Conservation Regulator.

Koala at the said plantation. Photo: The Age.

One resident in the area was in tears after noting dead koalas on the ground and many injured koalas after, it seems, a contractor and landowner had mercilessly destroyed koala habitat with the koalas living in the habitat. That’s my reading of the situation. How else would koalas be injured in such large numbers?

21 koalas were found dead and 49 others were injured and had to be euthanised. It’s a large crime scene. When they assessed the crime scene, they found that 70 koalas were suffering from pain and likely starvation and dehydration. 25 of the koala’s had broken bones. There is a large amount of evidence to collect. They are collecting photographic and video evidence from mobile devices and witness statements to get to the bottom of what went on.

The owner (Keith Troeth) of the land that was cleared is facing 126 charges including 18 aggravated cruelty charges. In addition, a forest and earthmoving business is also facing the same 126 charges. In all, the owner of the land concerned and two companies have been charged with 253 animal cruelty offences for their alleged involvement in the clearance of this property.

If and when the charges are successfully prosecuted, I’m told that the maximum penalty for a charge of aggravated animal cruelty in the state of Victoria leading to death is $218,088 for a business, and $90,870 or two years’ jail for an individual.

The man whose been accused of the massacre of koalas will accept the consequences of his actions but he claims that the story has been blown out of proportion by animal activists. The man’s name is Keith Troeth. He’s the guy who cleared the former blue gum plantation his family owns. He claims that most of the koalas found dead died of starvation. He told The Age website that a small number might have perished while the land was being logged in November. He claims that he did his best to avoid fatalities. He cleared the land with bulldozers.

Apparently, it is commonplace to log forest for gum plantation in the area. He claims that his family was powerless to stop dozens of koalas making their way onto his property looking to feed on regrowth leaves. There were, it is believed, 100 koalas present on his property when the bulldozers moved in. He claims that animal activists are using the story to support their own agenda. Animal activists are angry obviously. His story does not square up with the evidence being collected by the authorities as to the number of injured animals.

The Australian authorities are presiding over a monster mess of wildlife conservation. They are getting it wrong time and time again. Australians destroy habitat down the East Coast where the human population is congregated, pushing out wildlife. Australians are destroying the habitat of their wildlife and yet they complain that feral cats kill wildlife. I think people should look to themselves a little bit more in Australia.

On that note, we know that Australia exports huge amounts of coal to China. Australia is contributing to global warming. They are placing economic advantage over the protection of the planet. That happens all the time so there is nothing unusual in that. What is unusual is that this Australian government complains all the time about invasive species but does nothing it seems to me to curb global warming and to protect the habitat of their native species from human intrusion and destruction.

There is a debate about whether half a billion or a billion animals were affected by the massive bushfire disaster which occurred last year. You might remember the photographs of koalas with burnt feet and bottoms. They were ugly and shocking photographs. They were sad photographs indicative of failure, abject failure in human behaviour. They estimate that over a billion individual animals were killed in those massive fires. However, the full impact may be a lot worse. Conceivably the total number of animals destroyed by those fires could be in the trillions according to a University of East Anglia biologist, Ben Garrod.

Australians have to look at themselves a lot more when discussing the conservation of Australia’s native species. To an outsider it looks like a pretty shocking failure and all of it, at the end of the day, must be put down to humans. Humans introduced feral cats and rabbits into Australia. And camels. It all goes back to human behaviour and it is the animals, non-native and native, who ultimately pay the price of human neglect and carelessness.

I’m going to finish on a lighter note with a koala in a Christmas tree. Happy Christmas!

Koala in Christmas tree. Photo: believed to be by 1300 KOALAZ rescue.

Rat-kangaroo reappears after being ‘extinct’ for 120 years

Gilbert's potoroo vanished in the 1870s. It was believed to have become extinct about 120 years ago. It was (now ...
Read More

Numbat camouflage is perfect for its habitat

If ever you had doubts about the way evolution works to create a camouflaged coat to enhance the prospects of ...
Read More

Garry White is facing a possible suspension having been accused of injecting four horses before a race with an unnamed ...
Read More

NEWS AND COMMENT: This is one of those animal horror stories and it is entirely the making of one person, ...
Read More

Portrait of a happy quokka at sunset

Roger Federer loves quokkas. I can see why and why a lot of other people like them too. The cuteness ...
Read More

The regent honeyeater is a very attractive Australian songbird. For thousands of years and for generation after generation they have ...
Read More
Powered by