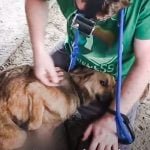 The video does not explain how he injured his front paws so badly that they had to be amputated or that is the way it looks. The video doesn’t explain any of this except at the end we see that this incredibly sweet dog has no front paws. It looks as though it may be frostbite. I have seen this in cats before. However, more importantly, the overwhelming impression that you get from the video is that this dog has the most beautiful character. He or she (I don’t know the sex) is incredibly calm, compliant and friendly. He’ll be a great companion. 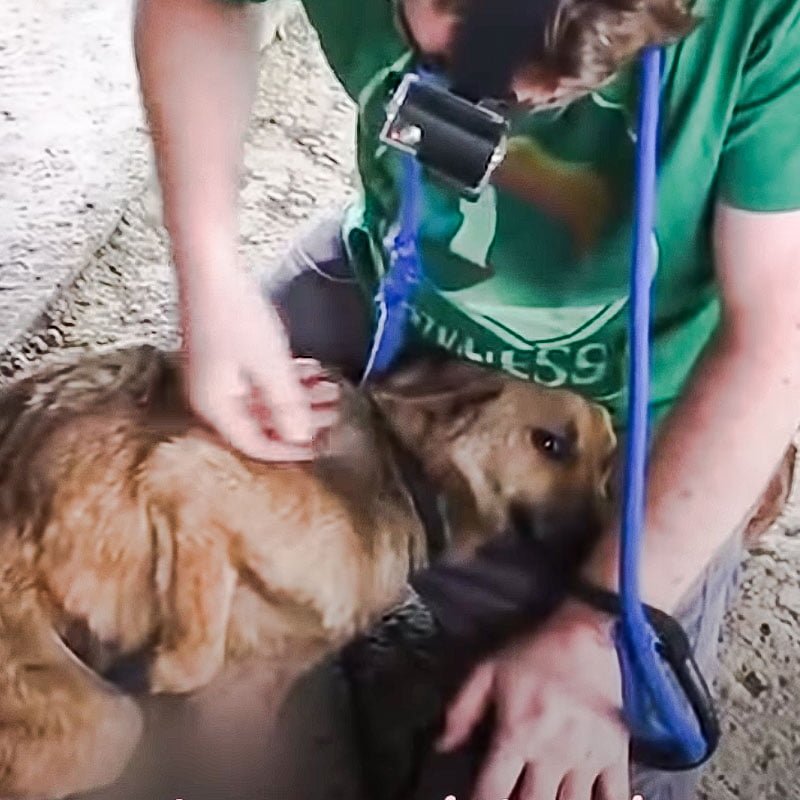 He wants help and asks. Screenshot.

When these two guys trek six hours to a mountaintop village to rescue the dog he pretty well immediately lies down on one of the guy’s laps to say in very loud terms but completely silently that he needs a human companion to rescue him, to look after him, to love him for the rest of his life. We don’t know whether he achieved his goal but once they got down a restaurant owner said that he would foster the dog having seen the video on Facebook. It ends there and I wish it hadn’t. 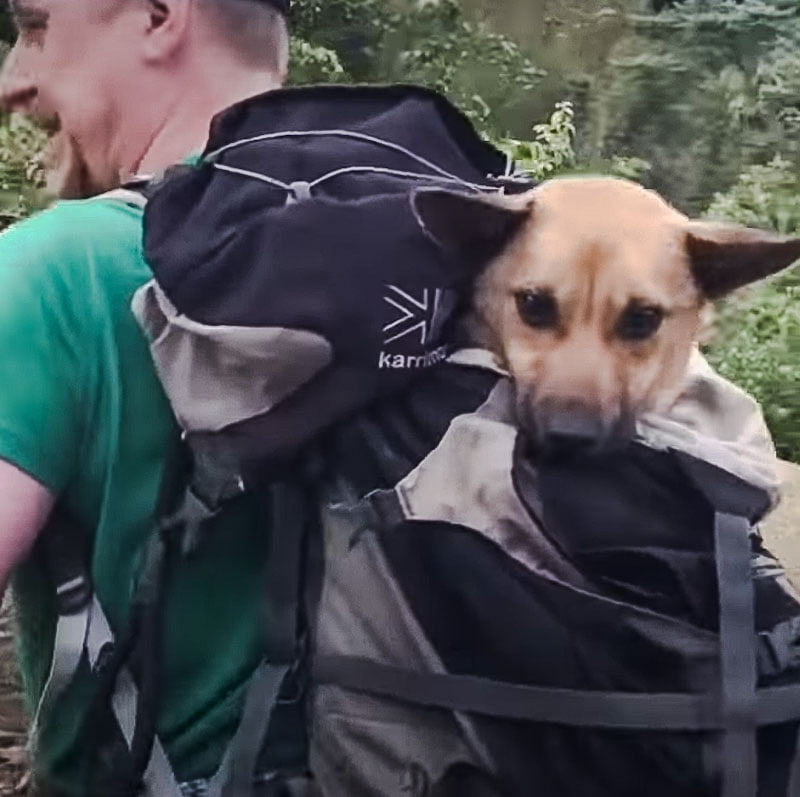 Taiwan rescued dog has wonferful character. On the way down. Screenshot.

This is a video about prison inmates looking after cats and it is great. It is a win-win; both parties ...
Read More
Cuddle a calm cow to unwind

"Cow cuddling is the new yoga" said a friend of The Times journalist Laura Pullman who has been stuck in ...
Read More
Sexually abused female US military veteran benefits from sevice dog

NEWS AND VIEWS: A woman, Amber Skylar, who served in the US military, having enlisted in the mid '80s, developed ...
Read More
Hippotherapy for Mexico’s health workers during the pandemic 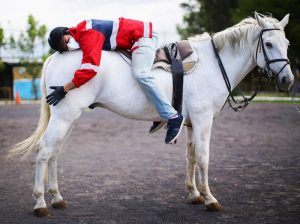 There's a really nice photograph in The Times today of a man receiving equine therapy which I have taken the ...
Read More
↑