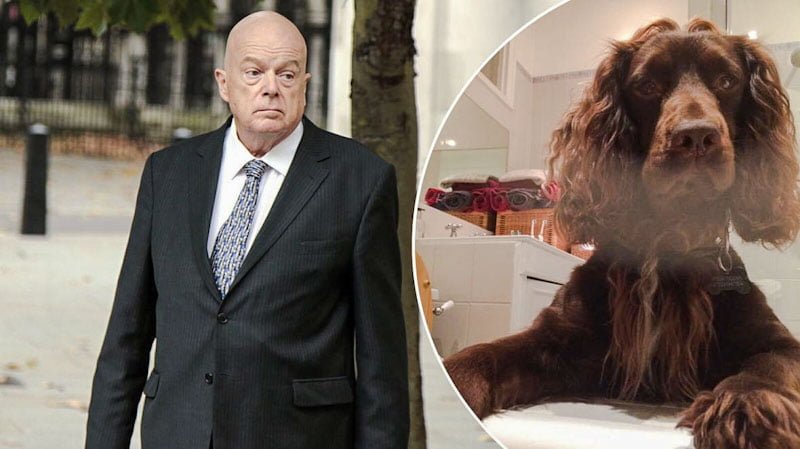 NEWS AND VIEWS: David Crane, 70, successfully claimed compensation in court from the owner of a cocker spaniel, Carina Read, because the judge found that she was careless in the control of her dog, Felix, in failing to stop Felix from running into the path of Mr Crane’s bike as he cycled down a path at, he claims, 5 mph. He was cycling on Acton Green common in west London four years ago.

Crane and Felix. Photo: The Times (also the source of this story).

It was claimed in court that Mr Crane was cycling too fast and therefore contributed to the accident which caused him quite serious injuries resulting in being plagued by headaches and suffering from impaired taste and smell, memory loss, loss of concentration, loss of ability to drive and affected hearing.

Judge Partrick Andrews would have based his decision on the tort of negligence. He would argue that it was foreseeable to Ms Read that her dog, Felix, could have run into the path of Mr Crane’s bicycle and did not take proper steps to prevent it happening. Mr Crane claimed £50,000 in compensation, his success in the court case will now lead to damages being assessed in a further hearing.

Mr Crane said he couldn’t have been cycling too fast because he’s too fat at 18 stones at the time. He had been cycling around London for more than 40 years without a problem. At the time of the accident he was cycling with care and at 5 mph, as mentioned. He said that he was only aware of the dog as soon it was upon him. He breaked hard and went over the handlebars. Mr Crane described herself as a dog lover and that he now walked with his friend’s dogs for exercise because he could no longer ride a bike.

Comment: There is a moral to the story. Firstly, I often walk along the footpath near the Thames and indeed in other areas. These paths are shared between pedestrians and cyclists. In my experience, cyclists do not take sufficient care to protect pedestrians from collisions with their bicycles. We often see dogs walking along these paths as well. There’s been a surge in the purchase of puppies during the pandemic. This presents more possibilities for accidents on footpaths. There is an argument that footpaths and cycle paths should be separated rather than shared as is currently the situation in most parts of Britain. The onus is on the cyclist, normally, to avoid collisions with pedestrians but in the case of a domestic dog off the lead and chasing a ball as happened in this instance, the onus is on the dog’s owner to protect cyclists.

Tags:accidentanimal lawdogslawnews
previousWild species need to travel north by 3 miles per year because of climate change
nextBrexit is a potential barrier to blind owners of guide dogs travelling to the continent