Pigs ate 45% more grain than the people of China

China is the world’s leading consumer of both wheat and rice. The pigs on pig farms in China ate 431 million tonnes of grain in 2019. This is 45% more than the quantity of grain consumed by the people of China. Nearly half the world’s grain was used as fuel or was eaten by animals (in 2019?) reports The Economist. Bearing in mind the current global food prices because of the war in Ukraine and for other reasons and also bearing in mind that the UN World Food Programme has warned that 47 million people are at risk of hunger as a result, the consumption of grain by pigs in China is startling. 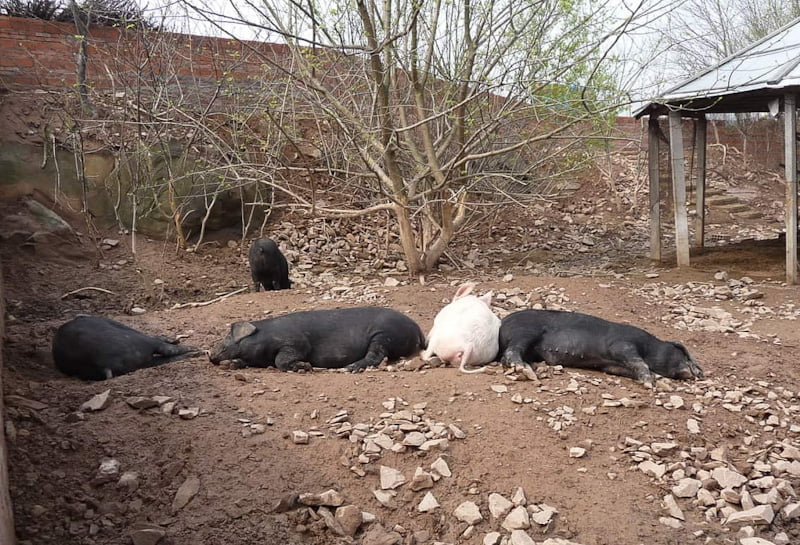 It kind of points to the fact that pigs are more important than people when it comes to starvation. Maybe they are. In a way it is a type of equality but it does seem very odd to me. Perhaps it means that there are too many people on the planet and in China. It does hint at the possibility of a food shortage problem to come.

China is home to half the world’s 1.3 billion pigs. Half of all the pork on the planet is eaten by Chinese people. The country has the world’s largest pork-processing company the WH Group.

Although, it is said that the average person in China only consumes 24.4 kg of pork a year. Perhaps it is because of the high population of the country. The population of China at 2019 was 1.4 billion. Therefore, Chinese people in China eat over 34 billion kg of pork annually.

Pork is the most commonly consumed meat in China. It is used in almost every meal. Throughout history the Chinese have been dedicated pork eaters. Pigs were among the first animals domesticated for food in ancient China around 6000 BC.

The middle classes of China have a growing appetite for steaks and ribs. The country is loosening restrictions on beef imports to service this appetite.

The information about the quantity of grain being eaten by pigs comes from The Economist and they were accused of racism by Chinese state-sponsored journalists and social media because they compared the total amount of grain eaten by pigs to the amount eaten by humans.

It seems to me that the Chinese journalists are thin-skinned and are overly sensitive. The reason why The Economist referred to China in their article was because, as mentioned, China was selected because it is the world’s leading consumer of rice and wheat. A good justification.

China has a big idea for pig farming: they are building pig farms in what looks like car parks. The latest one has 26 stories, is air-conditioned and has maternity facilities. China is planning a series of high-rise pig factories as an alternative to farming pigs on land because they are running out of space.

The equivalent multi-storey pig farming facility occupies about 1/5 of the space of farms on land in the conventional sense.

They are more expensive to build but over the long term they may be worth the cost. In the southern province of Guangdong where they like to eat cat and dogs by the way, they have more than 170 multi-storey pig farms.

China is building these high-rise pig farms under the Ezhou Project. It began two years ago at a cost of 4 billion yuan (£480 million).

China is the world’s biggest producer and consumer of pork. These high-rise facilities are highly automated. They have 30,000 control points to enable precision feeding. The feed is distributed to all floors in an enclosed system which prevents contamination.

What’s missing from the description is how the pigs feel about it. The environment is obviously highly unnatural, and they will spend their entire lives inside what is essentially a high-rise car park. Everything is concrete I suspect. Is this right? Is this just another example of animal abuse in China?

Below are some more articles on China.

Two lakes: one dried out and the other flooded. Global warming?

Two wildlife conservation stories are circulating the news media at present which I've picked up and they appear to be ...
Read More 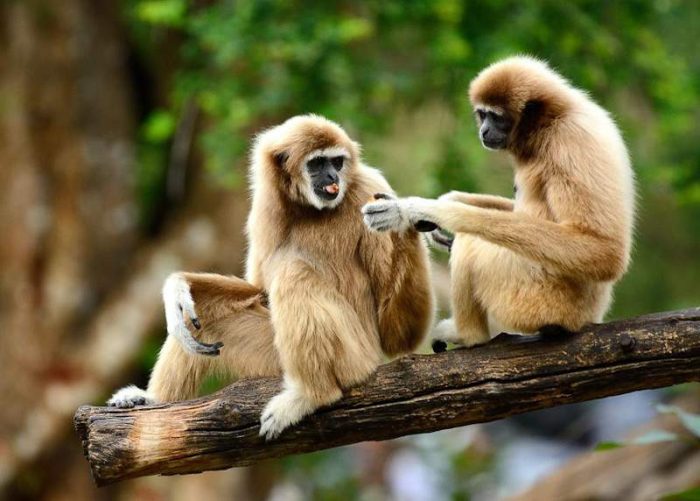 China says that their gibbons are extinct

China has owned up and declared that two gibbon species living in China are extinct in the wild: the Yunnan ...
Read More 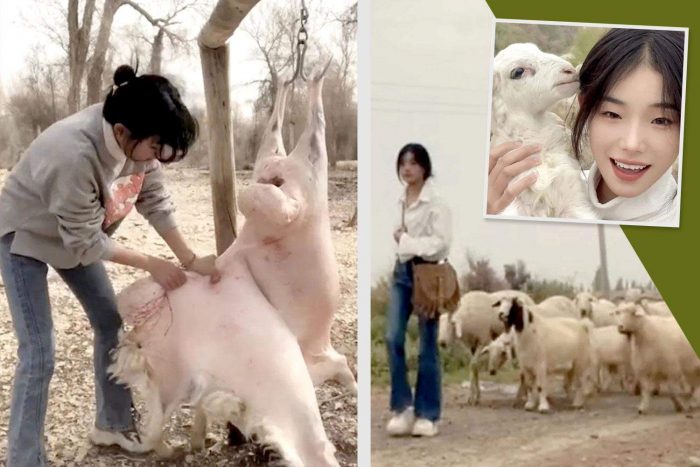 Huiran is a 21-year-old shepherdess from Xinjiang, China, which happens to be the home of the Uighur people who are ...
Read More 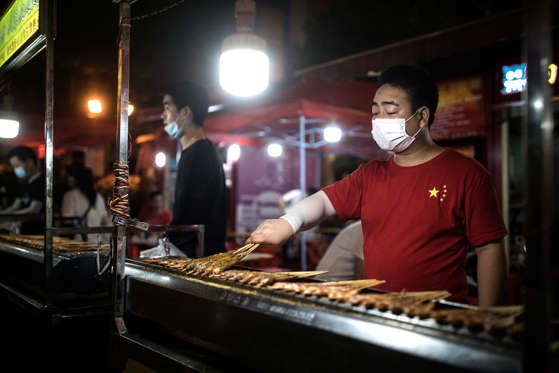 The virus is called Langya. And the authorities in China are urgently looking into this new virus which is zoonotic ...
Read More 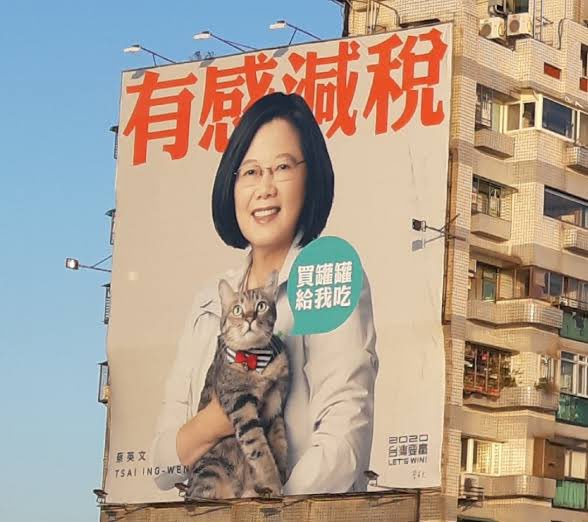 In China pets detract from a leader’s image. The opposite is true in America.

I have just written a post about Tsai Ing-Wen, the first female president of Taiwan who is a devoted animal ...
Read More 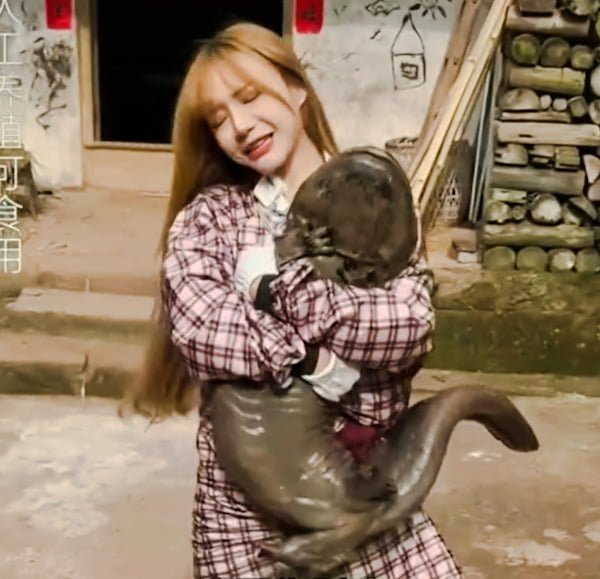 Pretty Chinese girl cooks a giant salamander and it is disgusting

I know I am discussing an entirely different culture to the one that I am familiar with, which is probably ...
Read More 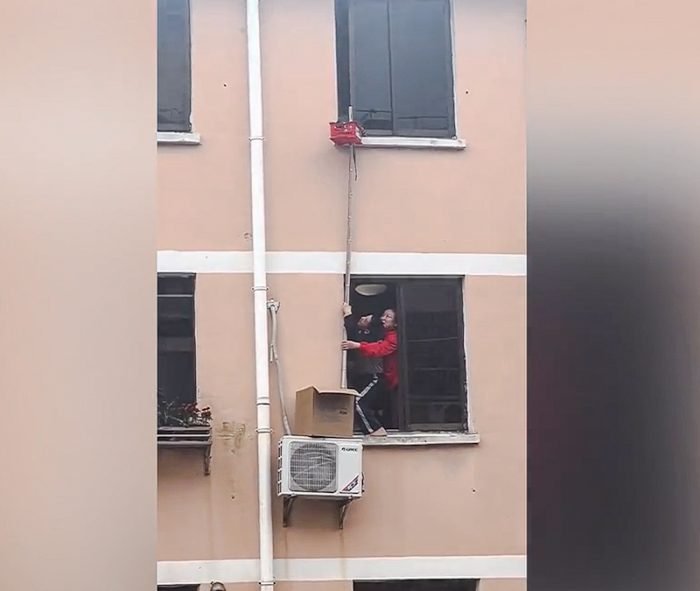 NEWS AND COMMENT, SHANGHAI, CHINA: You may have read about the super-strict lockdown in Shanghai because they have an increasing ...
Read More

When is China going to compensate the world for starting Covid-19?

We have a report which establishes beyond a reasonable doubt that Covid-19 started in China. Let's sue for compensation. Don't ...
Read More 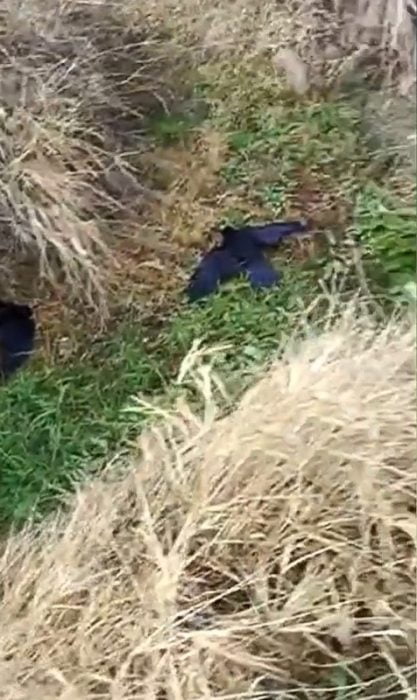 This is a disturbing video presented by newsflare. I can't present the video here because you have to buy it ...
Read More 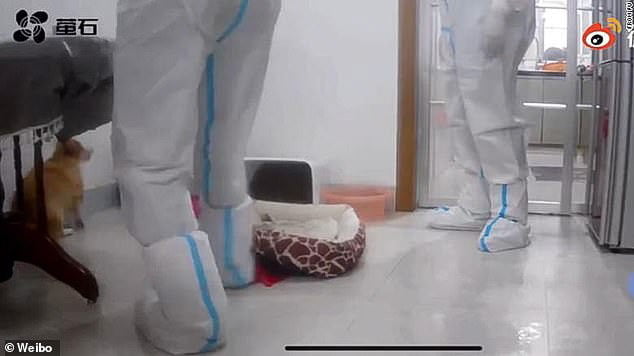 Chinese health workers “disinfect” an apartment by killing the owner’s dog with a crowbar!

NEWS AND COMMENT-SHANGRAO, CHINA: Once again the news media reports the most shocking news from China. You might have heard ...
Read More
Powered by 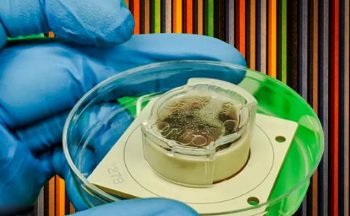 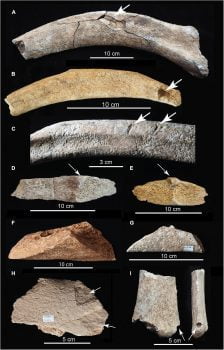 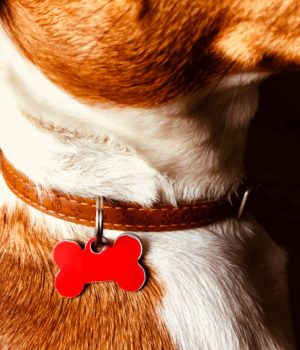 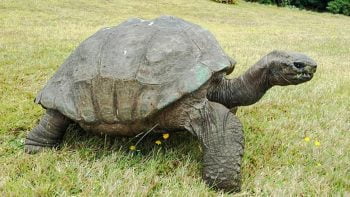