More wildfires in California. The reports are on a conveyor belt. More destruction, more people trapped in their homes and more people and pets dying. Hundreds of thousands of acres burnt. This is California to outsiders. It can’t be as bad as it looks but the impression we get is that California is burning and the temperatures are rising. The fires this weekend came on heat warnings in which temperature records for September were broken in several parts of the state. Temperatures reached 50 degrees centigrade in Palm Springs and Death Valley reached 54 degrees centigrade. The National Weather Service in Los Angeles warned of “kiln-like” conditions.

The news on California’s forest fires. Screenshot of image search for “California fires”.

I’m sure that there will be a rush on sales of cooling blankets for cats and dogs. There’s also talk of weaponizing air conditioning units. The idea is to get the devices to pull in carbon dioxide out of the atmosphere instead of chucking it up into the air. It appears to be a feasible technology. The utopian dream of air-conditioning units capturing carbon dioxide and transforming it into a fuel for powering vehicles which are difficult to electrify like cargo ships is something to aim for in the interests of people and their pets.

People don’t need reminding that global warming is very relevant to human and animal welfare. It dramatically affects wildlife and its ability to survive. The species are adapted to a certain temperature; when the temperature warms up they struggle to survive. It’s a global phenomenon and it negatively affects, for example, the Great Barrier Reef in Australia (the world’s largest coral reef system). The sad aspect of global warming is that nowhere near enough is being done about it by the governments of all countries. They simply cannot work together effectively which is a great barrier to global harmony.

The weirdest dog sound you will hear

The video is said to describe a sassy dog demanding food. The dog has been fed but he wants some ...
Read More

NEWS AND VIEWS: It's been announced today in the news media that the Duke and Duchess of Cambridge have paid ...
Read More

The video is pretty extraordinary. You won't see this sort of video very often. The man you see in the ...
Read More

Are border collies the most gifted dogs?

Scientists are currently searching for the world's most intelligent dog to try and understand why they are born with these ...
Read More

People enquire whether Ibuprofen can poison dogs. It doesn't take long to research that it does indeed poison dogs. In ...
Read More 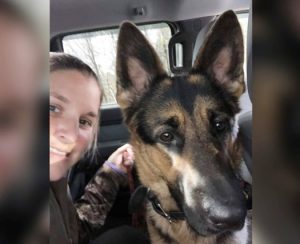 Thanks to social media networking, dog who escaped from Canada and crossed into Maine reunited with family

Thanks to the quick networking on social media between two countries, a lost dog who accidently crossed from Canada into ...
Read More
↑