The stranding of this Arctic fox on an iceberg has been put down to climate change. Fishermen had initially presumed that the animal on top of an iceberg was a seal. However, when they approached, to their surprise they realised that it was a young Arctic fox looking very cold and starved. To them, it looked as if the fox had become stranded on the iceberg because it had broken away from an ice shelf. They suggest in the video that the reason for the breakaway is climate change. We know that there are large chunks of ice breaking off as the ice melts. This may well have happened in this instance. They don’t know how long the Arctic fox was on trapped but it is likely to have been several days at least.

They rescued him, kept him warm and fed him some salami sausage which is all they had to hand. They then released the fox in a good place. The fox looks back when he leaves his temporary den as if in doubt about breaking out into the wild again. But off he goes as wild as ever and with a fresh start in life. He would surely have starved to death but for the arrival of the fishermen.

They make an interesting point about the Arctic fox. Although their fur is silvery white, their skin is black. This is to absorb the heat of the sun. The white fur is for camouflage and warmth. Polar bears have the same anatomy in respect of fur and skin they tell us. It seems that this young fox’s fur had become a bit tattered by his experience. It reveals large areas of black skin.

Some more on the Arctic fox

The Arctic fox is well adapted to cold climates. There is a high mortality of young individuals and most do not live past the first year. Exceptionally, they live to 11-years-of-age. They feed on voles, ringed seal pups, fish, waterfowl, lemmings and seabirds. They will scavenge and also eat berries and seaweed. During the breeding season they stay with one female (a monogamous partnership). They live together to raise their young in underground dens. There is mutual support from other family members. They are preyed upon by predators such as golden eagles, wolverines, polar bears and grizzly bears.

The Arctic fox lowers its basal metabolic rate (BMR) in the winter. This conserves fat storage and minimises energy requirements. They also minimise heat loss through the body. The dissipation of heat from their body is at about two thirds of the level of a red fox.

The Arctic fox has developed a useful adaptation to keeping warm. They can keep their feet above the freezing point of their tissue which is -1°C when standing on very cold ground. They achieve this by dilating the blood vessels (vasodilation) in the paw pads which have direct contact with the snow. In the centre of the foot they selectively constrict the blood vessels to minimise heat loss and conserve energy. This anatomical feature works independently of mechanisms to maintain their core temperature.

They say that conservation of the Arctic fox is good with several hundred thousand individuals estimated to be in the population worldwide. It is categorised by the IUCN Red List as of Least Concern. 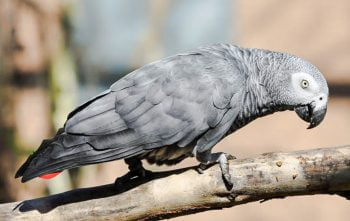 UK law on keeping wild animals needs to be overhauled

Exotic pets are popular in the UK. The word "exotic" means wild animal in this context. Under the Dangerous Wild ...
Read More

Time to ban all exotic pets in the UK

Recently it was in the news that the UK would ban the keeping of primates as exotic pets which is ...
Read More

Aty as a pet river otter. In the video you see him swimming at six a.m. in a very cold, ...
Read More

The video provides the public with a very in-depth and interesting tour of a spectacular parrot rescue facility outside Denver, ...
Read More 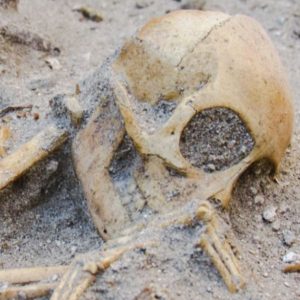 Timid emu has made the area around Doncaster, UK her home

NEWS AND VIEWS AND UPDATE: Her name is Ethel, and she is an apparently wild but gentle emu who appears ...
Read More 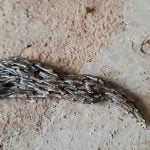 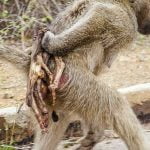