One day animals will be ‘non-human persons’

If there is a god, one day animals will be described as ‘non-human persons’. They will have a whole set of rights which should be very similar to the rights bestowed upon humans. They might not be equal to those rights. They will be lesser rights I suspect because humans will never give up their position at the top of the pile but a change is afoot. And in line with this change academics in Cambridge, UK, have opened Europe’s first centre for the study of animal rights law to examine such questions in the wake of the push for animals to be treated as non-human persons.

In developed countries there are good-to-poor animal welfare laws. But there are no laws which bestow upon animals basic rights. Although, there are some isolated examples of jurisdictions where animals are represented by humans in courts of law. For example, there are two US states where lawyers represent animal victims in criminal cases. And in January 2019, New Jersey, proposed to give animals legal representation in trials on animal abuse cases. Those are some very small examples of progress in this area.

RELATED: Should insects have rights?

And if animals are given rights in law it will help to protect them far more extensively than a poorly enforced animal welfare law can. It would bring into the equation animals that we currently treat as objects without feelings and without the ability to feel pain. I’m referring in this instance to fish. Billions of fish are plucked out of the oceans annually to die of oxygen starvation. A painful death on the face of it. Nobody gives a damn. Well, some people do, like myself. We know that fish feel pain. There is a similar issue surrounding lobsters.

For donkey’s years restaurants killed lobsters in the kitchen by putting them into boiling water. A UK government commissioned review concluded that lobsters and crabs are sentient beings. Some restaurants have responded by stopping what I would consider to be a barbaric practice. Apparently, lobsters scream when you kill them in this way. Although people don’t hear it.

RELATED: An end to the barbaric boiling of lobsters?

The UK government is preparing to recognise in law that lobsters and crabs can feel pain by amending the Animal Welfare (Sentience) Bill to include them. If there was a bill of rights in respect of animals in the UK, there would be lawyers representing animals in discussions about animal cruelty. Animal rights provide an extra layer of protection for them. Boiling lobsters alive would never have happened if animal rights law had been in place.

The problem is that there will be outrage amongst certain sections of society and a backlash from other sections. This is because once you bestow rights on animals in law, humans will inevitably have to give up some of their rights. For example, a developer wants to build a housing estate. That area of the countryside has some important wild animal species. Planning law would have to refer to animal rights law and the developer probably wouldn’t get his planning application through as a result. He’s the kind of person who would object to animals receiving animal rights under the law.

And country sports, so-called, would have to be banned permanently. That would be a great day. There would be no question of the pompous rich being allowed to shoot at birds for the fun of it in the hundreds of thousands annually. These people treat birds as inanimate objects. There is no reference in their mind to causing pain. The birds need the protection of animal rights legislation.

The academics in Cambridge want their centre to provide courses on animal rights law to students at the University of Cambridge with a programme covering the ethics surrounding zoos and the moral quandaries of keeping pets, animal testing, the slaughtering of animals for meat and farming in general. PETA, the largest group of animal rights advocates in the world would argue that nobody should have a pet because we have no right to possess animals and trade them like objects. They will be delighted about this discussion. I am a PETA supporter by the way although I don’t entirely agree with everything they say.

In general, people have a higher regard for humans than animals and therefore human rights have been in place for a long time in developed countries. But Dr. Sean Butler, Fellow of Saint Edmund’s College, Cambridge, said:

“However, the more we understand animals – their sentience, capabilities, emotions – the more that the idea of granting rights to animals is worth taking seriously. Whether rights are actually granted will be a matter for governments and civil society. As an academic institute the centre’s role is to research, reflect and publish so that if, or when, there is a demand for animals to be granted rights, the legal groundwork will have been done”.

Animal welfare laws have been in existence since the 19th century. The first of these laws was enacted in the UK as I recall. Under animal rights laws they would receive legal protection in respect of their basic interests such as being alive, not being harmed and being free where possible.

There was one high-profile case regarding animal rights. It concerned a British photographer, David Slater. He was photographing a seven-year-old macaque in Indonesia in 2011. The macaque took camera off him as I recall and photographed himself. There was a big discussion about whether the monkey had copyright of that valuable photograph. American judges said that he didn’t. There was no law to bestow such rights upon a monkey. The case went to the appeal court.

The Internet tells me that India recognises dolphins as non-human persons. They were given some rights. As a result, Dolphin Parks across India were apparently shut down. Dolphins are considered to be intelligent. Clearly, intelligent animals are going to get these rights earlier than animals that people consider to be less intelligent. That is a dangerous road to go down I would argue because intelligence per se should not have a bearing on who gets animal rights. We don’t withhold rights to people who have a low IQ than others. 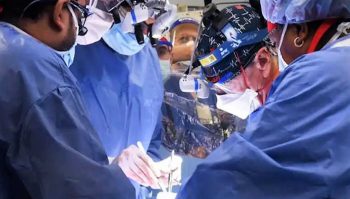 Xenotransplantation in action: a gene-edited pig’s heart transplanted into a 57-year-old man

Perhaps you have read about this. It is history in the making. I'm not sure how good it is, though ...
Read More

UK: 99 million animals are not stunned unnecessarily before slaughter due to oversupply.

Summary: In the UK, up to 99 million animals are unnecessarily slaughtered without being stunned beforehand because the meat from ...
Read More

There appears to be a shocking failure in the conservation of the koala in Australia which has been highlighted by ...
Read More

NEWS AND COMMENT: Michael Heseltine believes in speciesism. He has decided that songbirds are more important than squirrels. So, when ...
Read More

Geronimo, the alpaca, did not have TB latest tests show

You may remember Geronimo, the alpaca, who was slaughtered after a long-running battle between Helen Macdonald, his owner, and Defra ...
Read More

The world is aghast. There is shock and disbelief. How could anybody prioritise animals over people? And yet, all over ...
Read More

CALIFORNIA, US - NEWS AND VIEWS: I am going to have to be brutally honest about this. Some people love ...
Read More 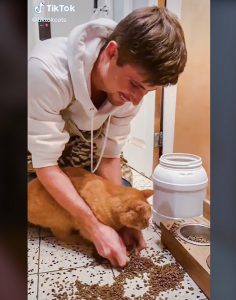 An amusing cat video or a mild case of cat abuse?

You decide. I have decided. The bloke pushed over the dry cat food container deliberately to make the video. It ...
Read More
Powered by