↓
Home→Dogs→dog behaviour→Did this man’s epilepsy make his dog anxious which resulted in a tragic end? 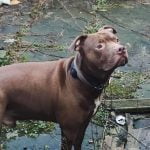 You don’t have to research very hard to find that companion dogs pick up on both their owner’s anxieties and illnesses. A study published in the journal Scientific Reports on June 6, 2019 concluded that dogs feel their owners’ anxiety. There is a kind of synchronisation between the emotional levels of owner and dog. When people are stressed they release the hormone cortisol. It was found that the cortisol levels in owners and dogs were similar. Perhaps the dogs can smell the increased levels of cortisol? Dogs are incredibly sensitive to changes in people. 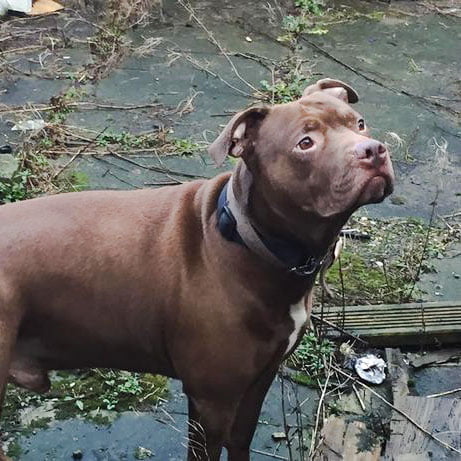 One person, Alexandra Horowitz, the head of the Horowitz Dog Cognition Lab says that if a person is infected with a virus or bacteria dogs can smell the difference in the person. And some illnesses change a person’s scent significantly. Chemo-signals are emitted under certain human emotions and dogs are skilled at deciphering these signals. Dogs can also pick up changes in their human companion’s voice.

I’m just touching on the background to how dogs can pick up subtle changes in their human companion’s health and behaviour. In a story in The Times today a well-behaved dog, a Staffordshire bull terrier-bull mastiff cross, is alleged to have killed his owner. They were clearly very close. His owner was Jonathan Halsted aged 35. He suffered from epilepsy and lived with his parents in Shaw, Greater Manchester, UK. He had acquired Bronson, his dog, in 2013 when he was a puppy.

His father, Richard was downstairs when he heard a tremendous bang on January 29, 2020. He thought his son was having a fit and went up to investigate. He was lying still on the floor. Normally Bronson would bark under these circumstances to try and get a response from his owner. But on this occasion Bronson seemed particularly distressed and was trying to pull Jonathan Halsted under the bed. Richard did not think that Bronson was trying to harm Jonathan. He couldn’t get Bronson away from his son as the dog simply wanted to be with him. He believes that Jonathan had died before he was bitten by Bronson.

Bronson growled at Richard, the paramedics and the police who had been called. They were unable to get him away from Jonathan. A firearms officer was eventually called who shot Bronson dead. A very tragic end. Johnathan died before he could be taken to hospital.

It’s not clear whether Jonathan died because of the bite or bites from his dog or whether the epileptic fit was so severe that it killed him. A pathologist, Dr Sami Titi, thought that Bronson became agitated because of the seizure and attacked him leading to fatal wounds. Bronson appeared to be an anxious dog when Jonathan suffered epileptic episodes.

Comment: although I don’t know dogs very well it seems to me that Bronson was essentially a good dog. His master’s illness i.e. the epilepsy made him anxious. I suspect he didn’t want to lose his human companion and when he thought he had lost him he became highly distressed and agitated, bit him and dragged him into a safe place under the bed as if to keep away from intruders. It was an act of possession and also an act of panic. Perhaps the behaviour goes back to the wolf who might drag an injured companion into a safe place to protect them against hostile forces.

My research indicates that wolves care for each other as individuals. When a wolf has been injured they care for the animal. And they suffer and mourn when they lose a pack mate. They live in an extended family which is why the domestic dog is so suited to living in the human family.